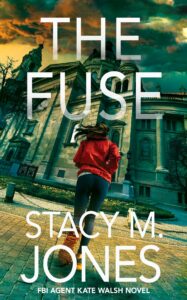 FBI Agents Kate Walsh and Declan James are on the hunt for a serial bomber targeting secret societies at Ivy Leagues schools and time is running out. What at first appears to be a freak accident soon spirals into a terrifying situation as college students are killed by deadly explosions in the middle of the night. Their wealth and privilege cannot protect them and may be making them a target. What secrets do their members hold?

Five young women traveling with their friends have gone missing on the island of St. Thomas. The most recent only a few days before PI Riley Sullivan travels there with her husband, Det. Luke Morgan, for their best friend’s wedding. Vowing not to get involved, all Riley wants to do is focus on the wedding. Fate had other plans. Riley and Luke must work together to uncover who is behind these disappearances, but the clock is ticking and they only have so much time before their vacation is over. The race is on to stop a killer.