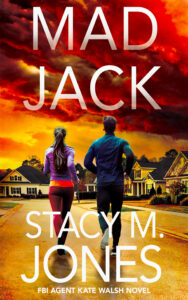 Mad Jack (Book #3) – FBI Agents Kate Walsh and Declan James are sent in undercover to Mulberry Grove, posing as a married couple to infiltrate Jack Harlow’s personal development program. Harlow, known to the FBI as Mad Jack, is accused of running a cult and suspected of killing six couples in his program who have been murdered over the last five years. When Kate is targeted similarly to the other women, she and Declan’s lives are on the line. Can the two stop a killer before they become the next victims or will Jack Harlow continue to wreak havoc in the community? 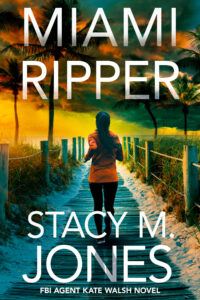 Miami Ripper (Book #2) – A killer is stalking high-priced escorts and leaving a trail of bodies in empty mansions along Miami Beach’s intercoastal waterway. When the crimes become too much for the locals to handle, FBI Agents Kate Walsh and Declan James must find a killer walking among the city’s elite. 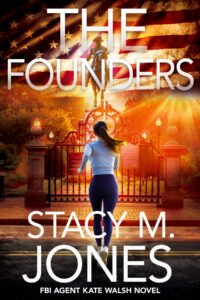 The Founders (Book #1) – A serial killer has the city of Boston in his grip, leaving bodies along the city’s historical Freedom Trail. No one is safe – especially FBI Special Agent Kate Walsh who has ancestral ties back to the Patriots. She and her partner, Special Agent Declan James, must take on a killer whose centuries-old political agenda is bringing the city to its knees.